The City of Madison was issued a Municipal Separate Storm Sewer System (MS4) Individual Permit, NPDES Number ALS000014 on May 1, 2015 by the Alabama Department of Environmental Management (ADEM). ADEM administers all major federal environmental laws, including the Clean Air, Clean Water and Safe Drinking Water acts as well as federal solid and hazardous waste laws. The City of Madison NPDES (National Pollutant Discharge Elimination System) Permit requires the City to implement a Storm Water Management Program Plan (SWMP) that effectively reduces or prevents the discharges of pollutants into receiving waters. The City is required to prepare and submit an annual report each year to ADEM to ensure compliance with federal and state laws. 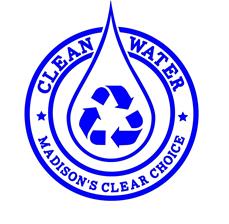 A Municipal Separate Storm Sewer System (MS4) does not solely refer to municipally owned storm sewer systems, but may include but not be limited to roads with drainage systems, municipal streets, catch basins, curbs, gutters, ditches, man-made channels, or storm drains.

The City of Madison approved Ordinance No. 2014-213 on October 27, 2014 to levy storm water fees on parcels of property located within the City Limits of Madison. This Ordinance provides a funding mechanism to aid the City of Madison in meeting the financial obligations imposed by the Clean Water Act and through the NPDES Permit, an unfunded mandate. State Legislature approved Act 2014-439 to amend certain Sections of 11-89C of the Code of Alabama 1975, to provide the funding mechanism for the unfunded mandate. Property owners will notice the Storm Water User Fee on their ad valorem tax notices beginning October 2015.

This program encourages individuals, organizations, and businesses to improve the environment and appearance of our community by adopting a small public area in the City (Adopt-a-park, Adopt-a-mile, Adopt-a-bench).

If you would like to submit questions or comments regarding the City of Madison Annual Reports please contact the ADEM Compliance Administrator at 256-772-5672 or by email.