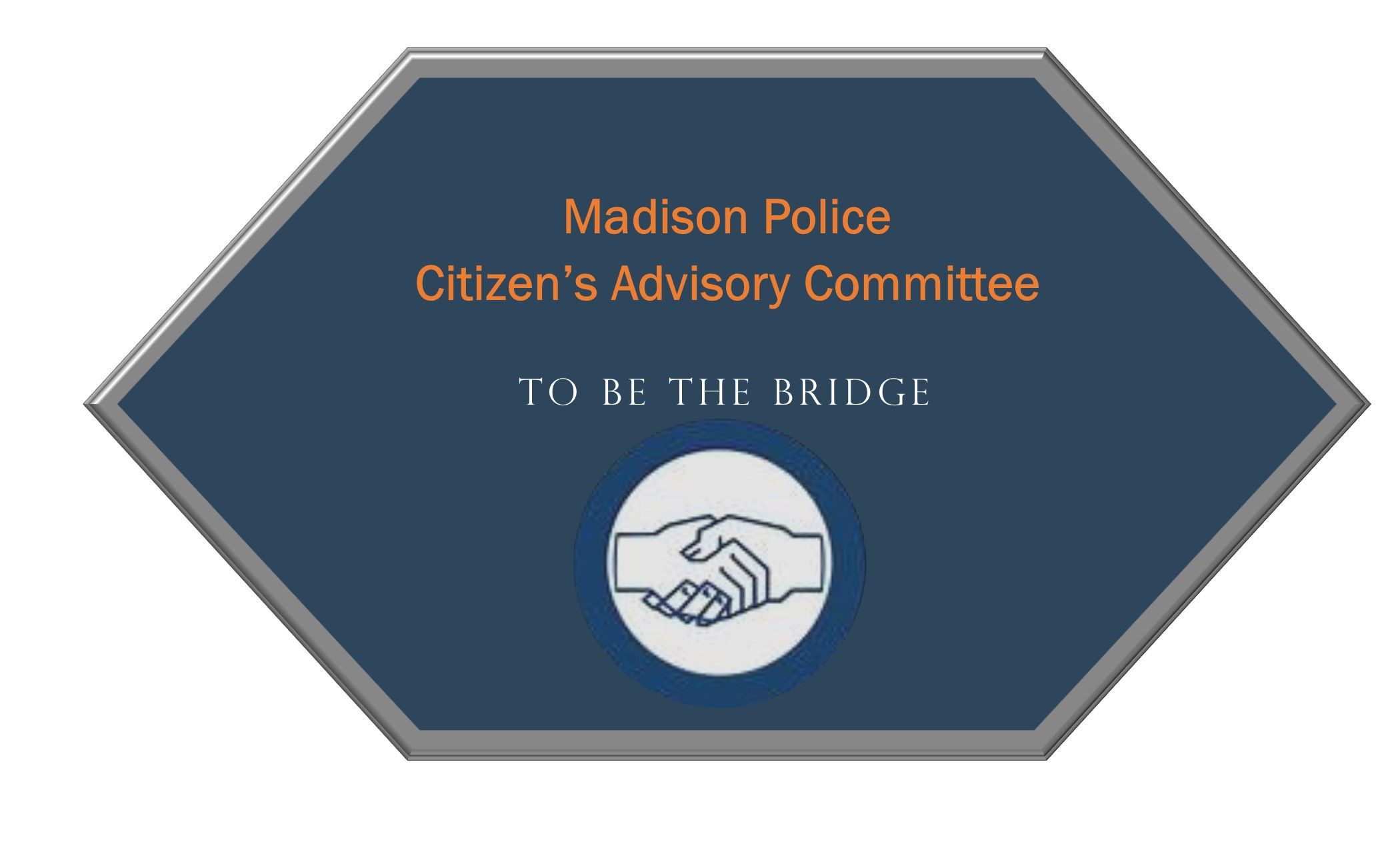 The goals of the Madison Police Citizens Advisory Committee is to facilitate transparency, integrity-driven policing, and procedural justice that is focused on enhancing trust, strengthening relationships, and community collaboration. In partnership with local law enforcement, MPCAC provides citizens communication and insight between the community and MPD regarding needs, priorities, and perceptions. The committee serves in advisory capacity regarding relevant community/police issues and facilitate communication.

Most Recent Minutes | All Minutes 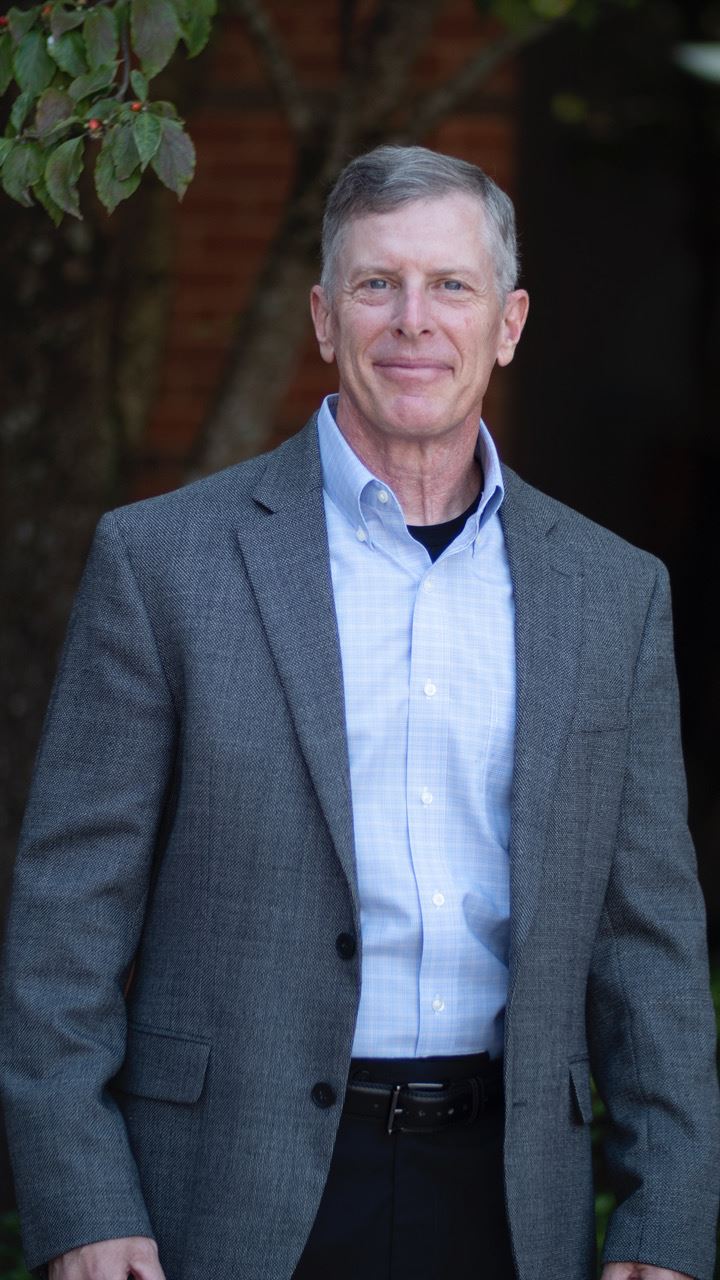 Curt is a 12-year resident of Madison Alabama along with his spouse, two daughters and son-in-law. He believes in a leader-servant life style and has served in numerous community organizations such as the Madison County Planning Citizen Advisory Board, the Huntsville and Madison County Leadership Program, Madison Rotary Club, and as the Leader of the Madison Reserve Police Force for over nine years. Working together to make our community a better place to live is a foundational belief for Curt and his family.

Curt brings a wealth of experience from a military career that spanned 29 years of active-duty service retiring as a Colonel in the United States Army with three combat tours. 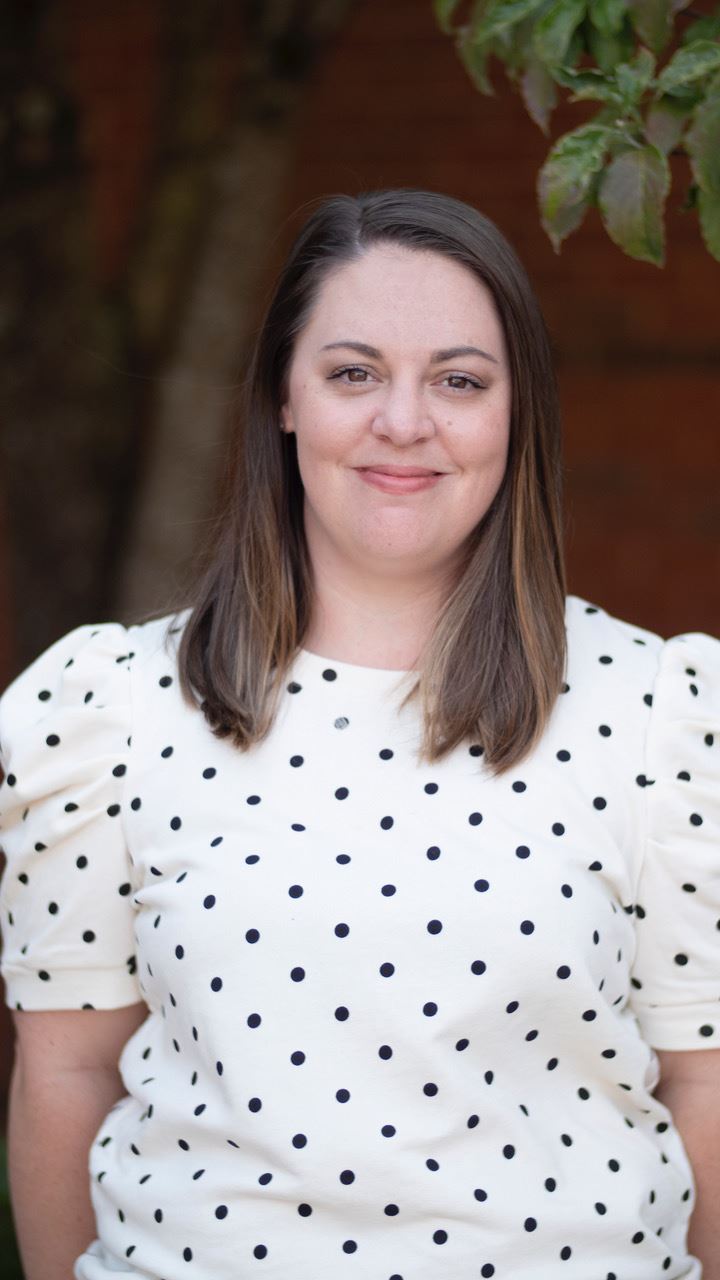 Sara’s passion for civil rights led to her pursue an education in government. She earned her Bachelor of Arts in Political Science from Pennsylvania State University in 2018 and Master of Arts in Public Policy and Administration from Northwestern University in 2021. Through her education, she focused on policy research pertaining to improving police and community relationships. In addition to her government and policy expertise, she has ten years of experience with root cause analysis, corrective action development, and performance improvement. Sara works as a Diversity, Equity, and Inclusion Senior Consultant with JP Enterprises, LLC ,and volunteers with the Village of Promise and American Red Cross Disaster Relief Team. She and her husband Jeff have two children, Sara Kate (12) and Jude (2). 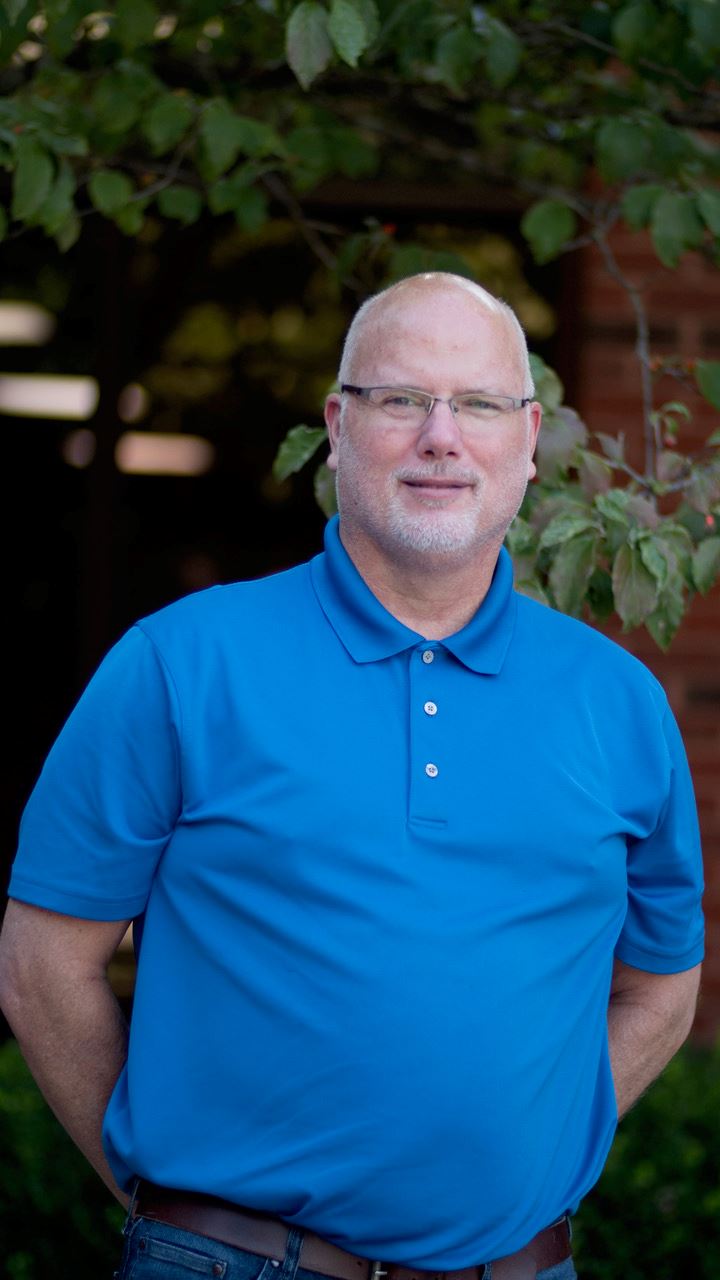 Billie Goodson has been a resident of Madison since 2016, moving into Madison after living in Madison County since 2007. Billie and his wife attended the Tour of Homes in 2014 and fell in love with the Historic Downtown area. When a home went on the market, they jumped at the chance to move into the city! Billie has been involved in the Historic Preservation Society and in Madison United Methodist Church.

Billie graduated from the University of South Alabama in 1986 with a degree in History. He served in the National Guard and Army Reserve as both an enlisted member and officer.

Billie is married to Susan (Marley), his high school sweetheart. They have four adult daughters and 10 grandchildren. Billie is an avid soccer fan and enjoys woodworking and remodeling their historic home. 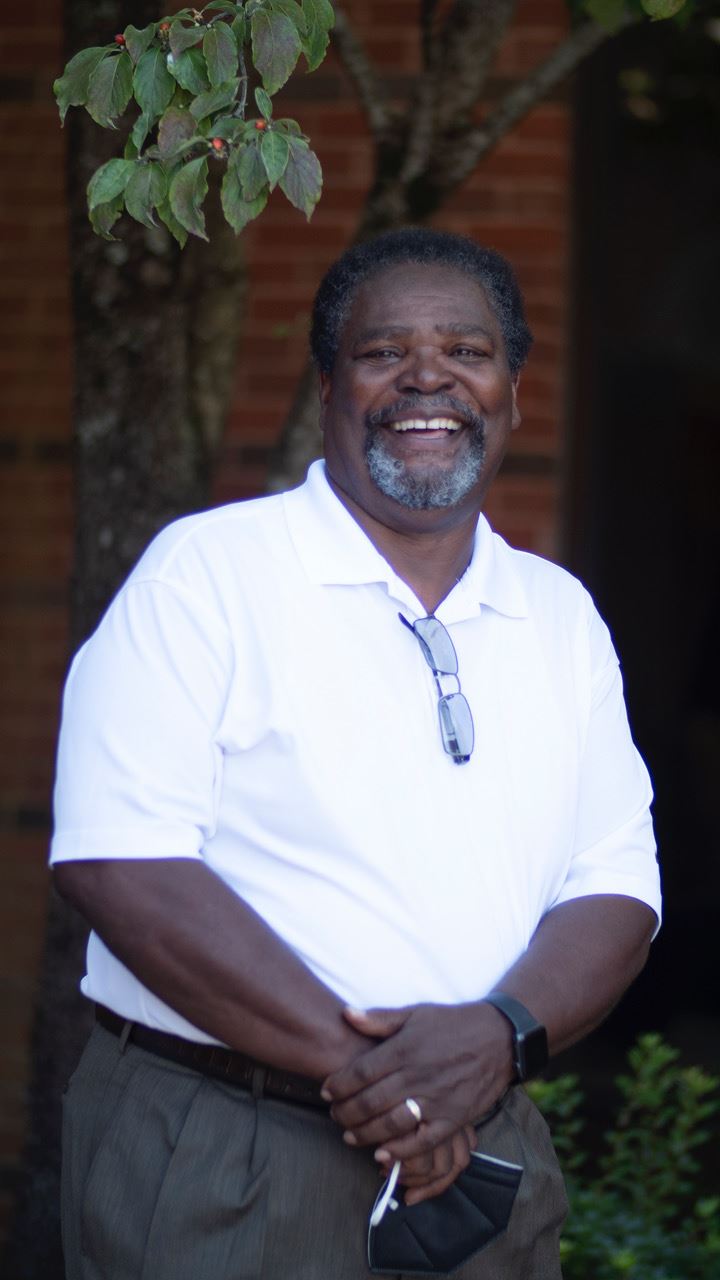 Franklin D. Fletcher is married and they have four children. He lives in Madison and is retired from Amoco Chemical located in Decatur Alabama where he worked for thirty years. Franklin was educated in the Madison County public school system and attended Calhoun Junior College in Decatur AL and Albertson Broughton College in Huntsville AL. He is a US Army Vietnam Veteran, honorably discharged. Franklin is interested in keeping the city of Madison a safe place to live for all citizens and in being an unbiased voice in police matters. 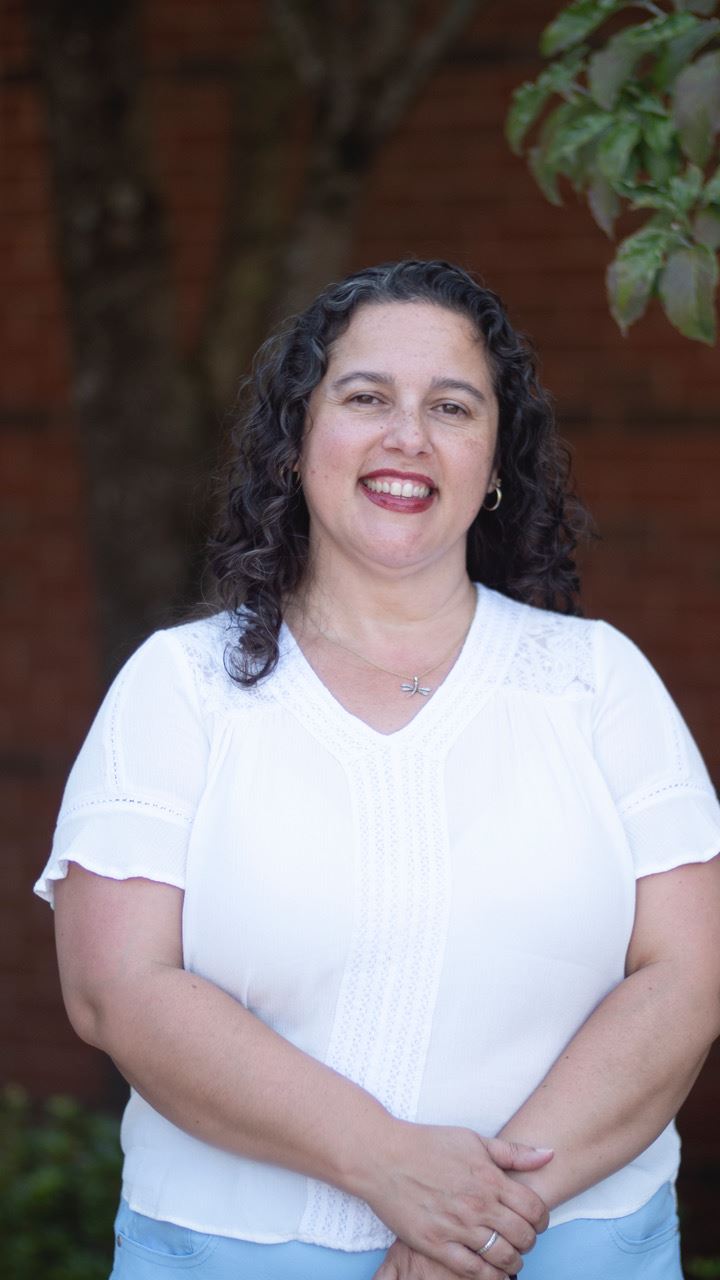 Rebecca, her husband Aaron, and her sons, Gabriel (19) and Vincent (14), have lived in Madison for 11 years. She was very active at Horizon Elementary school serving on the PTA for 5 years as Volunteer Coordinator (2), Secretary (2), and President (1). Her 5th year on the PTA was one she was asked to do despite the fact that her child had moved on to Secondary School the year prior. This is the year she served as President. During this time, she was also active in her church, St. Matthew’s Episcopal Church, by participating as a Stephen Minister, Daughters of the King where she was once Vice President and then President, New Comers Committee, and the Vestry of the church. It is a three-year commitment to the Vestry and this year is her final year. She is serving as Senior Warden, while last year, she was Junior Warden. Rebecca is also involved with a newly created ministry in the church called Beloved Community. Last summer, she completed a course to be certified in Youth Mental Health First Aid.

She is an Army Veteran having served 4 years in Country and in Germany. She was an Ammunition Specialist (55B) where she would transport various munitions in order to supply all training and missions. Rebecca’s husband, Aaron, also served in the Army for 11 years. He was MLRS Fire Direction Controller and then reclassified for Helicopter Repairer. They are both Disabled Veterans. Rebecca was also a Police Officer for a short time in Port Orange, Florida before she joined the military. She graduated the Police Academy part of the top Cadets in her class. Additionally, she worked for the Division of Forestry where she got certified in basic firefighting to participate in Controlled Burns.

Rebecca interviewed for the Madison Police Citizens Advisory Committee because she wants to continue helping the community by strengthening communications between the Police and the Citizens of Madison City. She wants to give the community a voice and a means in which to be able to express their concerns, opinions and questions. She also wants to help the community to understand the enormous and often times, dangerous responsibilities the Police deal with on a daily basis. She believes that honest communications will not only strengthen the trust between both groups, but also provide valuable information that would strengthen the Police Departments effort to deter and solve crimes and to make the citizens safer and more informed about their community. 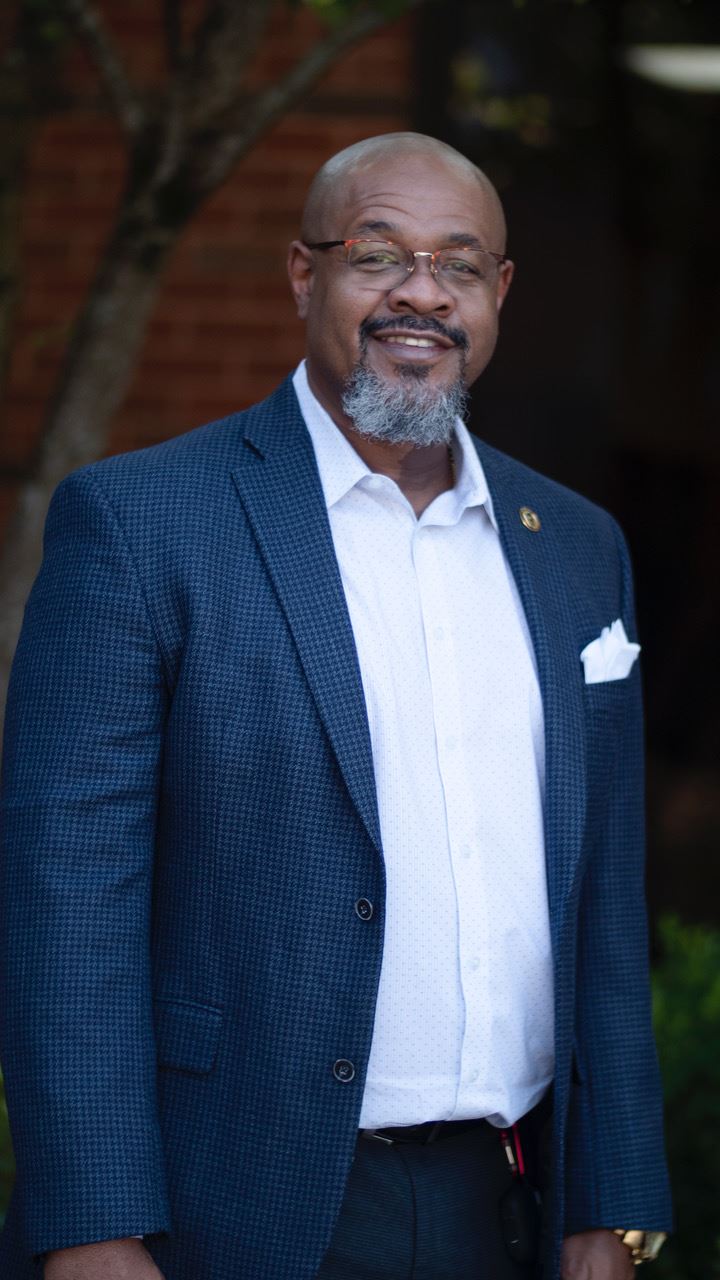 Lieutenant Colonel Darius (Marc) Highsmith (retired) is a 21-year combat veteran of the U.S. Army. His last duty assignment was at Redstone Arsenal, where he served as the Inspector General. Marc graduated from Missouri Western State University, with a degree in Criminal Justice. He later earned a master’s degree in Human Relations from the University of Oklahoma.

Marc is an enthusiastic contributor to the Madison community. He served as an adjunct professor at Alabama A&M University, teaching courses in human resources, logistics, and management. He also volunteers with various organizations feeding the homeless, and voter registration drives. Marc is also a member of the Madison Rotary Club raising awareness and funds for the International End Polio Now Campaign. He is connected to the community through deep friendships and valued colleagues.

Marc is a Lifetime and active member of Alpha Phi Alpha Fraternity Incorporated. While working with the fraternity his involvement has remained constant within all communities that he has lived. Marc has served on Alpha Phi Alpha scholarship awards committee while in Dover Delaware awarding thousands of dollars to youth attending college. Marc desire to impact our youth has remained consistent in community through his work and contributions to the March of Dimes. His time serving as Youth Enrichment for young men has made influence in helping young men pursue college.

While serving in the Army it has afforded Marc the experience to serve so many people. At one point he was leading the team that took care of our fallen Soldiers, Airmen, Sailors, Marines, and civilians lost during overseas conflicts, while serving at Dover Air Force Base. His actions of compassion were felt with families and the Department of Defense and State Department. Marc has worked to help others from other countries as a Friends of Africa volunteer in Djibouti, Africa. This experience gave him a chance to provide much needed supplies, within the community. Marc and his wife, Vicki, have lived in Madison for over five years. Their daughter is a graduate of University of Alabama at Huntsville, and their son is a junior at the University of Alabama in Birmingham. 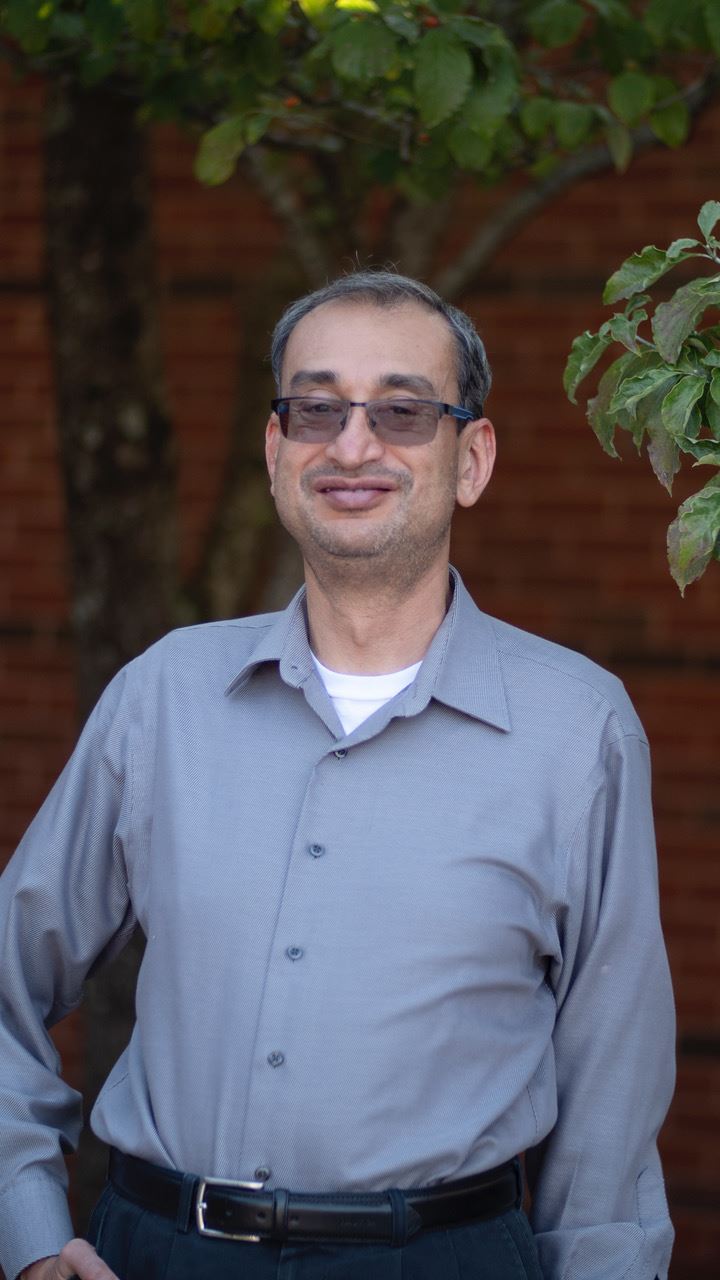 Rajiv Sharma is originally from India, specifically the Punjab region of North India.  He came to the US at age 4 and grew up in Nashville, TN.  He has a BA in Math and Economics from Vanderbilt University and an MBA from Emory University.  Rajiv started his career as a Controller at Deutsche Bank in New York City, and then shifted to Defense Industry once his family relocated to the Huntsville area, having worked for Raytheon and Science & Engineering Services in financial, program, and earned value management.  He currently works as a Senior Project Controller for SAIC.  Rajiv's wife is a Family Physician in Madison, working for Crestwood. Together they have one daughter who is a sophomore at Bob Jones High School. Their family has been living in Madison since 2006.  Rajiv's hobbies include community service, travel, movies[both Hollywood and Bollywood], meteorology, and exercising.  He also speaks Hindi.  Another interesting fact is that Rajiv lived and worked in New York City area during 9/11 and witnessed WTC Tower 2 explosion.  His reasons to serve on the Committee are to make Madison an even better place to live and to better relations in the city between the community and the police through dialogue and cultural awareness.